Abhay Deol is a famous Indian actor. He was born on 15 March 1976 in Mumbai, Maharashtra, India. He is the son of Late Ajit Singh Deol (Filmmaker, Actor) and Usha Deol. Sunny Deol and Bobby Deol are cousins of Abhay Deol.

In 2007, He tasted his first Bollywood success with the Multi-star cast film “Honeymoon Travels Pvt. Ltd. In 2008, His solo hit was “Oye Oye Lucky Oye”.

He has a production house, “Forbidden Films”. In 2011, He got training in deep-sea diving for his role in the film “Zindagi Na Milegi Dubara”. 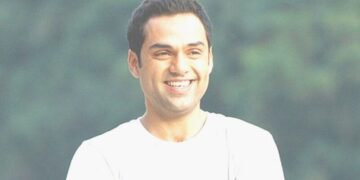