Aarti Mukherji is a famous female playback singer who has dominated Bengali cinema for quite some time. She was most sought after in Bengali Movies along with other playback singers like Asha Bhosle, Geeta Dutt, and Lata Mangeshkar. But he got national fame only after getting a chance to sing in movies like Geet Gaata Chal under Ravindra Jain. She also sang for other movies like ‘Tapasya’, Which was depicted in Rakhi Gulzar, another creation by Ravindra Jain. In this film, she got a chance to sing a Hindi song with Kishore Kumar. The song, ‘Do Panchhi Do Tinke’, was another popular song by the singer. His duet with Jaspal Singh, ‘Shyam Teri Bansi Pukare’ was extremely popular, and his singles such as ‘Kar Gaye Kanha’ and ‘Main Wohi Darpan Wohi’ were extremely popular in the Binaca Geetmala (a contest then played by All India . radio).

Aarti Mukherji was born in Dhaka, Undivided India, to a Bengali family. Her family migrated to West Bengal, India. Her Bengali family had a rich cultural and musical heritage. She was introduced to music by her mother. She studied under Shri Susheel Banerjee, Ustaad Mohammed Sagiruddin Khan, Pandit Chinmoy Lahiri, Pandit Laxman Prasad Jaipurwale, and Pandit Ramesh Nadkarni.

The songs are sung by Aarti Mukherjee 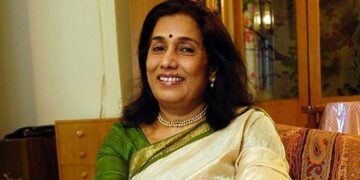