Aadesh Shrivastava (4 September 1964 – 5 September 2015) was a music songwriter and musician of Indian melody. Originally, he had performed as a drummer to music songwriters including R. D. Burman, and Rajesh Roshan before performing alone as a music director. Over the period of his profession, he had penned music for around 100 Hindi movies. Just a day after he turned 51, he passed out of cancer in Kokilaben Hospital.

Born in a Hindu Kayastha family in Katni, Shrivastava got his foremost major interval with the movie Kanyadaan in 1993. Among the musicians who piped in this movie, there stood Lata Mangeshkar who sang his first song – Oh Sajna Dilbar, a duet with Udit Narayan, which became famous on the radio. But the movie and the remainder of the songs went unrecognized. The exact thing ensued with Jaane Tamanna, but he rebounded back with Aao Pyaar Karen. His One of the track named “Haathon Mein Aa Gaya Jo Kal” was a hit. His further movies are Salma Pe Dil Aa Gaya and Shastra. The song “Kya Ada Kya Jalwe Tere Paro”, from the movie Shastra got him in the spotlight once again. In 1995, Shrivastava was a pundit on Sa Re Ga Ma Pa.

Shrivastava sang a number of hit vocals such as “Sona Sona”, “Shava Shava”, “Gustakhiyaan” and “Gur Nalon Ishq Mitha”. He won awards for his creation in Kunwara, Tarkieb, and Shikari in the year 2000. In 2001, his hit persisted with the movie Bas Itna Sa Khwaab Hai. He was also nominated as the judge of the talent hunt show Sa Re Ga Ma Pa In 2005. In the ensuing year, he turned to guide with his short film on child prostitution, Sanaa. In 2009, he produced a cameo in the movie World Cupp 2011 and was replaced on television as a judge on Sa Re Ga Ma Pa Challenge 2009. His song “Mora Piya” from Raajneeti evolved into a hit in 2010. 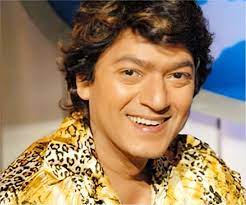